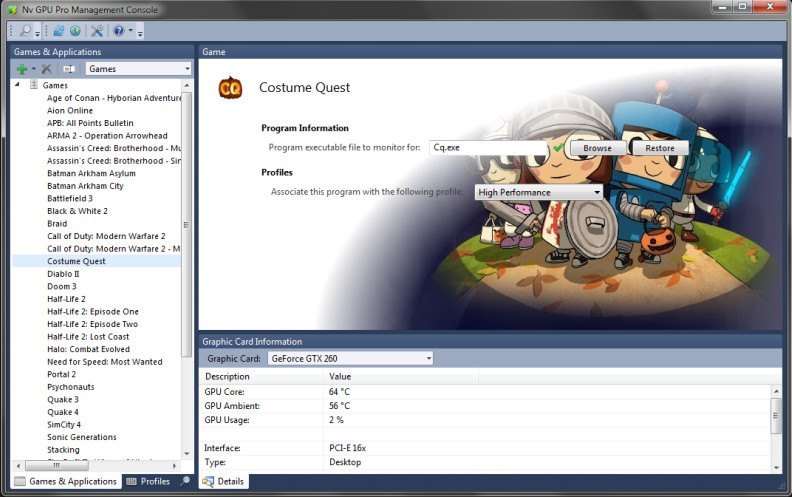 The latest version of Nv GPU Pro v1.0.0.30 and the size of this setup package is 5.69 MB. Nv GPU Pro offers this program on a trial basis selling the full version for $10. The software refers to System Utilities, System Optimizers. This tool runs on Windows 7 and its most popular version is 1.0. For Nv GPU Pro, the most popular among users installer name is NvGPUPro.exe. The direct download link has been checked by our antiviruses and has been found 100% clean.

MSI Afterburner
Overclock your graphics card and get detailed info about your hardware.

HIS iTurbo
iTurbo is your graphics card assistant to control your GPU.

ZOTAC FireStorm
It is a program that allows you to tweak and tune your GeForce graphics card.

Avira Connect
Protect your device and manage all programs for free.